MegaLED are Casambi UK Suppliers and integrators of Tridonic basicDIM wireless lighting hardware.  BasicDIM is 100% Casambi compatible and Tridonic have a complete range of wireless LED drivers, switches and sensors. Some highlights… 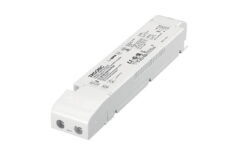 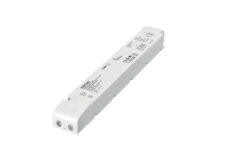 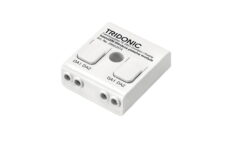 Casambi to DALI Gateway by Tridonic 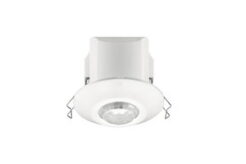 About Tridonic basicDIM Casambi
Following a complete R&D project from TRIDONIC a strong partnership was formed with Casambi.  Shortly after this, Tridonic’s Casambi Ready basicDIM Wireless control technology and hardware was launched.

basicDIM and Casambi is very versatile and allows professional interaction with all luminaires within an area. The light control system can be implemented using the standard casambi app or Tridonics basicDIM branded version. Building a lighting system with the basicDIM and Casambi ecosystem is intuitive and wiring can be totally minimised.

The basis for the wireless light management with basicDIM and Casambi can be found in the luminaire or within the LED module or drivers, the lighting integrator can select a constant voltage or even a DALI driver and one of the basicDIM Wireless modules. Lighting control profiles are saved during the luminaire production stage. A four channel dimming module could be configured in a variety of ways as 4 x 1 channel. 2 x 2 channel. RGB + White, RGBW etc. Users can then choose whether to control the lighting using the 4remote or Casambi bluetooth mesh commisioning App. This can be done via the applications user interface or with additional wireless wall switches that are kinetic or battery powered. MegaLED supply and support the full range of Casambi hardware.

Typically a single wireless bluetooth Casambi or basicDIM network can address and control upto 250 light points all via Bluetooth. Lights can be switched on and off as well and dimming functions implimented. It’s also just as simple to group luminaires or create lighting settings to be triggered by time or sensor. Tunable White luminaires or colour changing RGB and RGBW lights can change their colour temperature to suit the user. Circadian lighting cycles can be managed direct inside the app. Also, managing lighting levels as a balance of direct or indirect light in the room is simple to adjust when integrated sensors are also put into the lighting network.

basicDIM Wireless from Tridonic is fully supported by MegaLED as a Casambi Ready technology. It is an ideal solution for updating conventional lighting without requiring any additional construction effort. This is an incredibly versatile and flexible lighting protocol where there are hardly any limits to the usage or expansion of a lighting network. In office buildings for instance, each room and zone benefits from the system’s easy-to-use, multi-functional intelligence. Rooms can be added and grouped into a zone or controlled together, easily.

Tridonic are part of the Zumbtobel Group