The SLESA-IP1 was the first Ethernet-DMX interface launched in 2004 by Nicolaudie.   Previously the product was only for special projects.  There was a limited number of SLESA-IP1 controllers available for use on projects requiring the Stand Alone memory to be updated over the internet. BUT now the product has been superseded twice…

End of Life:
SLESA-IP1 is discontinued and originally it was replaced by dmx controller SLESA-UE7.  The nearest equivalent to the SLESA-IP1 is now called the “U11”. The SLESA-U11 is a much nicer looking box format with more features.

Nicolaudie U11 is a DMX Programmable controller with UDP/Ethernet triggering; lights can be controlled in 5 zones or rooms totally independently and with the dependable bus speed the DMX protocol is known for. 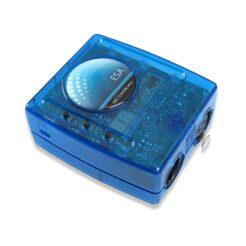 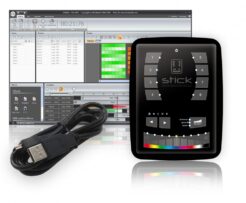